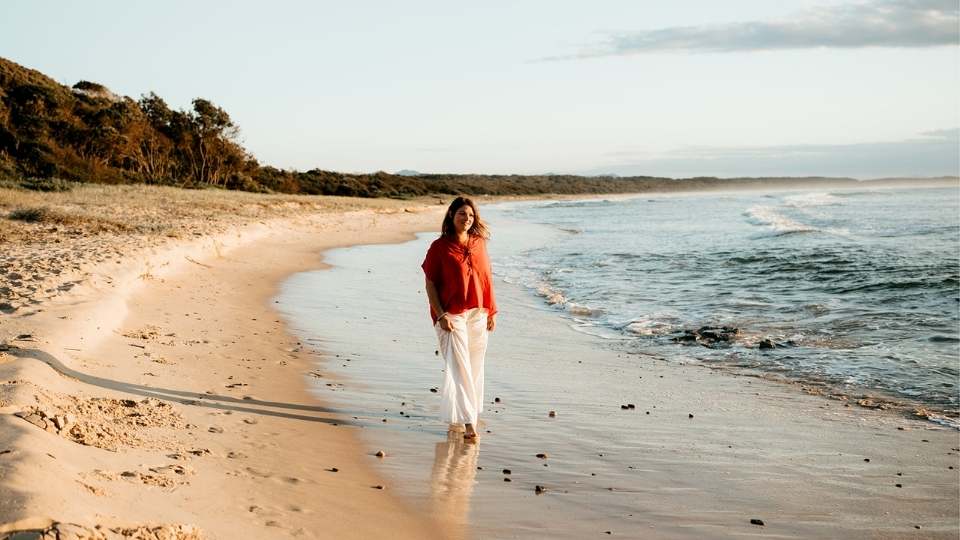 It was probably about 6 months after my Mumma Bear had left earth side, I went to a local psychic expo with a couple of friends. I knew I wanted to connect with her but at the same time, I was scared shitless! All these questions popped into my mind. What if I hear something I don’t want to know? Or I’m not ready for that? Or what if Mum doesn’t come through?

See my Mum left this earth with a lot of fight! She didn’t want to go at all. My Mum had bowel cancer and she was beating it. However, she had to have an emergency operation due to complications from the bowel having adhesions. This was blocking the bowel and creating what is called ‘pancaking’ as she ended up having ‘the bag’. Unfortunately, there was a tiny pin hole that was missed when the surgeon operated. As a result, septicemia set in and this is how her life ended.

I remember when all the family was called to the hospital for us to make a decision, as a whole, on what to do for Mum. A big part of me wanted to open Mum back up and operate to try and remove all the septicaemia. These odds were ruled out for us.

We watched Mum die for days, an experience I would never want to live again or for anyone else for that matter!

When Mum’s death certificate came through, it stated “Cause of Death: Bowel Cancer. I’m not going to lie, I was so angry! I was so angry at so many things that happened with my Mum and this cancer journey. There were so many things that could have been avoided or dealt with differently, that left us wondering why? If only they had have done this or not done that? Would things be different?

Her GP at the time suspected she had Giardia for months before properly diagnosing her. Then the doctor who performed her first surgery, thought, since she was only 51 at the time and in ‘good health’, that she would not need a colostomy bag; even though the cancer was basically at her rectum. That operation soon showed to be unsuccessful and so then Mum has to go in again to be opened back up for another operation!

After this, Mum was on the road recovery from the operation and once recovered, then it was time to start to the Chemo journey.

I remember Mum lying in bed one day. Not wanting to get out, just staring into space. I came in and lied next to her and asked her what was wrong? She said, “I just want to be normal”. I replied with, “What is normal Mum? What is normal to you?” She said, “I want to go back to work, go up the beach and walk and go back to yoga.” I responded, “Yep Mum! Let’s do it!” That day, I got Mum out of bed,  and I took her to the beach for the first time since this whole nightmare begun. It was a moment of so many emotions! Happiness, sadness, grief, release and so much more…

Mum created her normal. She got back to HER normal. She went back to work, we walked up our favourite beach with our dogs and she went back to yoga. Life was returning to something resembling what our normal was, until BOOM! The unexpected operation and our lives where change, just like that.

So with that now shared and your up to speed, I’ll get back to me visiting the annual local psychic expo with a couple of friends…

It took me probably an hour and half to approach one of the intuitive people. But I finally found the inner strength and courage to do it.

It was an experience, the things that were spoken and shared. This intuitive said my partner (now husband) would buy a white car. He did and we still have it til this day. Other things were said, however, I wont go into detail with the entire reading (and keep in mind, this was 12 years ago, so my awareness to the spiritual was quite raw).

My beautiful Mumma Bear came through!

It was an absolute relief to connect to with her. It was shared and delivered just the way Mum is; all heart, cheekiness and laughter. The biggest message I took away from this day was she said,

My Mumma Bear is a true and pure Angel.

The power behind these words says so much! At the time, though, I didn’t get it. It wasn’t until a few years later, I truly understood the power behind what was meant by

Years later, I went and experienced Hypnotherapy for me to shift through some shit within. Again during this session, my mum came in and said

During my hypnotherapy journey, as I  walked through this program, I did multiple sessions.

I FORGAVE the doctors and surgeons,

I forgave so many parts of me and let go of resentment and anger I was holding within.

It changed my life.

Everyone’s journey is their journey…

But if you can listen and apply someone else’s life lesson, they have received, to change yours, why not do it?

FORGIVENESS is one of the very big keys to a successful, happy and abundant life, which ever way you may see it.

As a beautiful angel once said,

Forgiving is not forgetting, forgiving is releasing and that’s perfectly okay to me. Release what no longer serves you for your highest of good.

I’m here to support you, whenever you’re ready to begin your journey to forgiveness, with welcoming arms and an open heart…

Big love from my heart to yours,